BRAVE collaborates with some of the most influential artists, designers, conservationists and travel experts and other members of the private sector and civil society to raise awareness about the importance in investing in girl leaders in innovative, provocative ways.

Some of the many ways that BRAVE fosters collaboration include our annual BRAVE Awards Dinners and the Safe Spaces Campaign.

Since 2016, BRAVE has partnered with GUILD, the foremost platform for contemporary design in Africa, to host an annual awards dinner and fundraiser to celebrate women (and men) who have dedicated their lives to creating girl leaders.  Each year, the BRAVE Awards Dinner and Auction provides an opportunity for our friends and supporters to create bespoke BRAVE art and design to raise funds for our work.

BRAVE’s first collaboration was the Rock Girl SAFE SPACES campaign that led to the installation of 58 public Safe Space benches around South Africa to raise awareness about violence against girls and women. This girl-initiated campaign led to the creation of safe spaces at schools, and around the country, as well as the completion of a brand-new school for our founding girls in Manenberg in 2014. 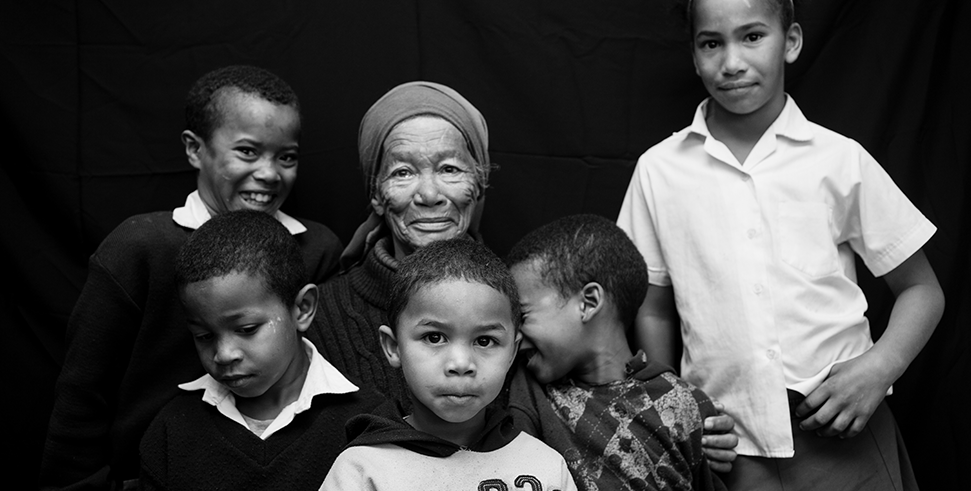 In mid-2013, gang violence escalated in Manenberg, forcing many schools to stay closed as a result of shootings. Fifteen people were murdered on one street in one month. Inspired by their teachers, who stood by the learners and protected them in the worst violence, Rock Girl and other organisations united to demand that schools received police support and protection, and that a long-term plan was created to address the challenges created by gangs and drug-related crime in Manenberg. In December 2013, the Open Society Foundation funded the Safe Manenberg, dedicated to building a safer community for all. Rock Girls were an instrumental part of this campaign and continue to advocate for peace in this gang-torn community. 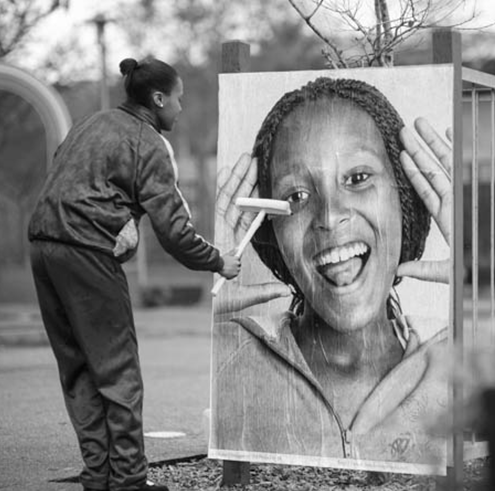 Safe space inside out project

In the spirit of collaboration and creativity that is at the heart of Rock Girl, photographers and producers from One Dog Chicken and boys and girls from the Rock Girl Red River programme conducted a workshop on violence against women and girls and boy-girl interactions, discussing the challenges of being a boy and girl in South Africa. The girls and boys then worked with leading photographers to capture each other on film. 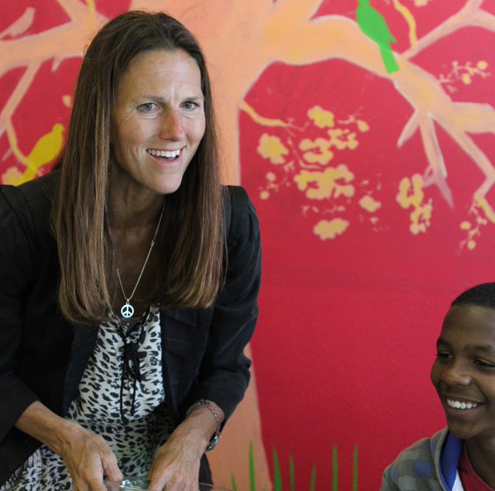 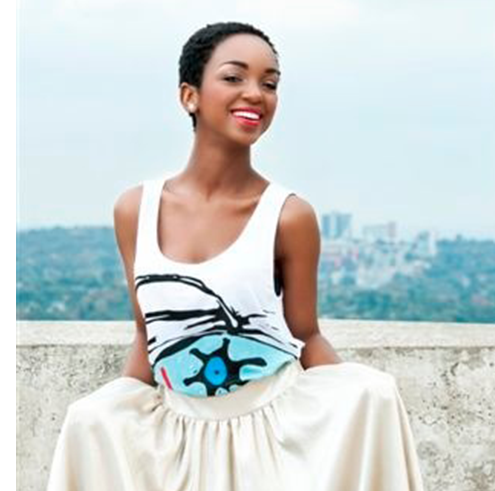 In 2014, Rock Girls partnered with the incredible artist, the late Paul du Toit, and fashion brand Jenni Button, a subsidiary of the Platinum Group, to create beautiful tank tops to raise awareness about violence against girls and women, celebrate women’s strength and reslience, and also raise funds for the Rock Girls leadership camps and afterschool programmes for girls. The vests reflected the energy and spirit of the girls from Manenberg and inspired others to do more to create safe spaces in their own lives.