Home  /  News Articles   /  Women’s month: We Are Stronger Together
01
September 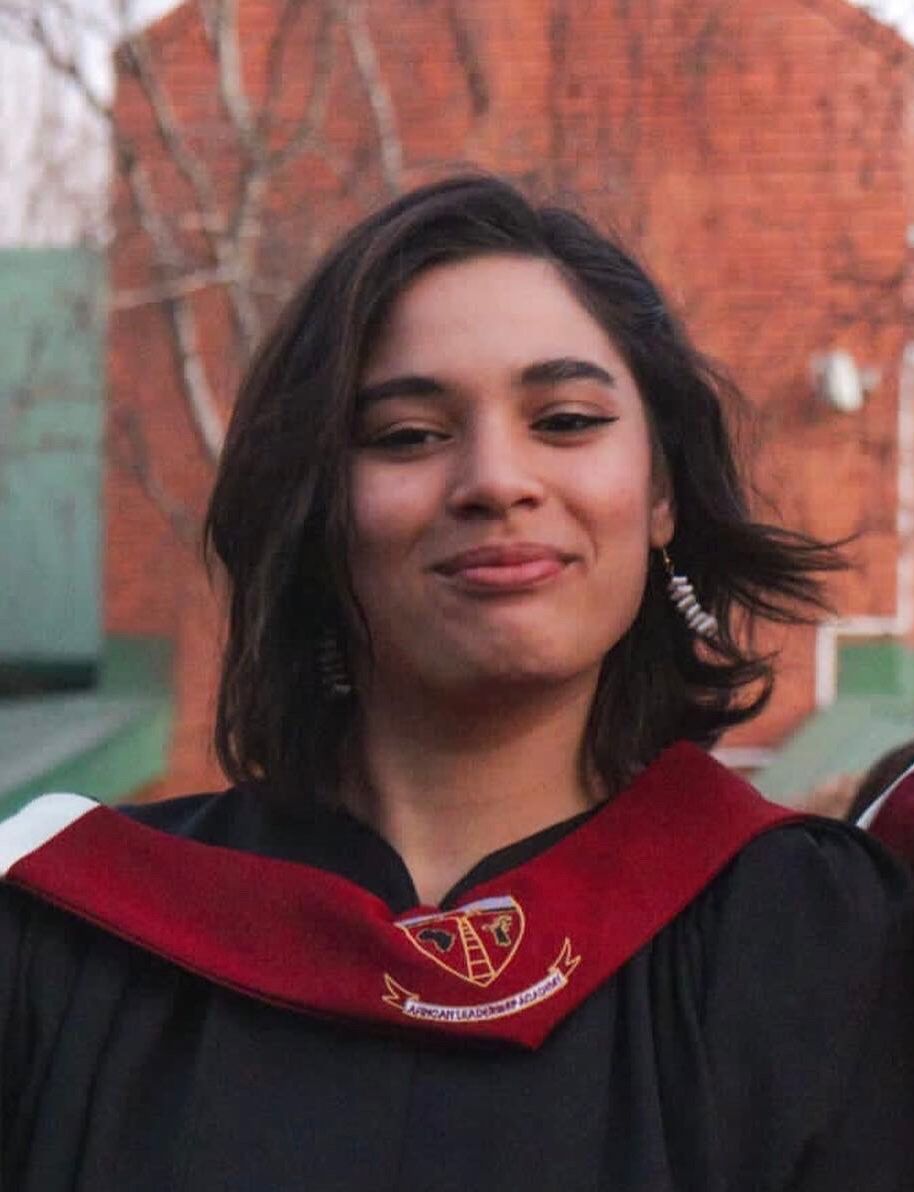 Women’s month: We Are Stronger Together

It is the month of August when South Africa commemorates the women who fought for our rights in the face of racism. However, this month is more than just a time to celebrate these women, it is a time to raise awareness of their struggles. It is clear that women and girls in South Africa are faced with a number of challenges and struggles. This could include issues such as fighting for their rights, domestic violence, child trafficking, or unequal pay. To this day, women are vulnerable to a society that doesn’t support their educational development and needs.

During Apartheid, Blacks were distinguished from Whites in South Africa in order to create a system of oppression. Pass laws were introduced, and restricted the movements of people of colour, many of whom were migrant labourers. It eventually became an effort to stop South Africans from relocating to the city to find better employment. If native Africans sought to enter the restricted areas without passes, they risked imprisonment or worse.

On August 9, 1956, a large group of South African women protesting the repressive pass restrictions marched to the Union Buildings in Pretoria. Participants included Indian, Colored, White, and Black women. It’s estimated that over 20,000 women took part in the march against apartheid, some of whom carried little children on their backs, others wore traditional clothing like sarees and gowns, while yet others were dressed for housework. The 1956 Women’s March played a significant role in encouraging women to speak out more in the anti-apartheid campaign. This was a huge turning point in women’s history.

If it weren’t for the disenfranchised and tenacious women of South Africa, the antiapartheid movement would not have succeeded. Over 20,000 women marched against the inclusion of women in rules restricting the mobility of black people. After the march, hundreds of women were imprisoned as unrest swept across the province. Over the course of several years, there were intermittent acts of civil disobedience and protests. The Pass laws were not lifted until many years later. However, the women’s march helped  create passage for others to stand up for their rights and remove this law.

While women marched to create change in an apartheid system, they also engaged in various formations like student and youth organisations, trade unions and even the military wings of the ANC and PAC. In a world where sexism exists to an extreme, women often find themselves having to work three times harder than their male counterparts, only to prove that they deserve respect in the workforce or any political position. Because of this, girls aren’t always raised to reach for their dreams. Especially girls in Manenberg, where the level of teenage pregnancies and high school dropouts are high. Of the girls who stay in school, a large percentage of them do not continue their tertiary education or seek to pursue the career of their dreams. You may see many of them working low-income jobs that do not require higher education, eg. cashiers.

That’s not to say that no girl in Manenberg has ever gone to university, gotten a degree, pursued a career and became successful amongst men. It just means that because girls have extra barriers, they require extra support when chasing their dreams. I believe that when girls learn the historical events of women who persevered despite the oppressive patriarchal system and accomplished great things, they begin to understand that there is space for them in this world and that support exists if they seek it. This is the importance of commemorating past events that led to the empowerment and upliftment of women. Women’s day is not only a day looking back on women fighting for their rights, but for the rights of every oppressed South African.

For decades, women have been subjugated to aid and provide comfort for men. These roles were placed upon women by a society that had not considered the consequences of leaving women behind in the decisions of the nation. Out-of-school girls are more susceptible to child marriage, early pregnancy, unemployment, and gender-based violence. The repercussions are stronger than you may think, instead, let’s focus on the benefits of educated women/girls.

In Africa, there are over 200 million young people between the ages of 15-24 and half of them are girls. An educated girl is likely to increase her personal earning potential, improve her own and her family’s health, as well as reduce poverty in her community. Girls with higher levels of education become more influential, population growth is slowed down, and everyone enjoys higher standards of living. In addition to reinvesting 90% of their earnings back into their families, educated women take an active role in their communities.

In order to combat negative gender norms and provide girls with the power to initiate change, education is essential. It equips girls with the abilities to take charge of situations in the future and act on their ambitions. In addition to keeping girls in school and giving them the chance for a better existence, doing so will have numerous positive effects on neighbourhoods and societal advancement. Girls’ education contributes to economic growth, a decline in HIV/AIDS, reduced teenage pregnancy and generally healthier families.

Communities, nations, and the entire world are transformed when investments are made in the education of girls. It increases the likelihood that girls will live long, happy lives and decreases the likelihood of child marriage. It contributes to the development of more stable, robust societies in which girls and women, as well as everyone else, have the opportunity to realize their full potential.

However, educating girls entails more than just having access to education. Additionally, it is important for girls to feel supported in their academic choices and accepted in the classroom, especially in fields where women are frequently underrepresented. This is why BRAVE is committed to helping girls stay in school and become innovators, change agents, leaders and advocates for themselves and others.

BRAVE strives to break down barriers that prevent young girls from pursuing their education in a world where they are constantly challenged. With fewer girls continuing their education after high school, let alone primary school. BRAVE seeks to empower young girls to reach their full potential. We do this by ensuring that girls in underprivileged communities such as Manenberg, have access and drive to complete their primary and tertiary education, access to travel and networking opportunities, skills development, emotional development and mentors to support their goals and dreams. For Women’s month, we shine a light on the efforts of women in striving for a better life. In light of these empowering stories, it is important to take this time to commemorate our strong-willed South African women and inspire as many young girls as we can. We realise that we are stronger together and believe in the words of our women who marched by chanting, ‘Wathint’ abafazi, wathint’ imbokodo’, which means, “You Strike a Woman, You Strike a Rock”. 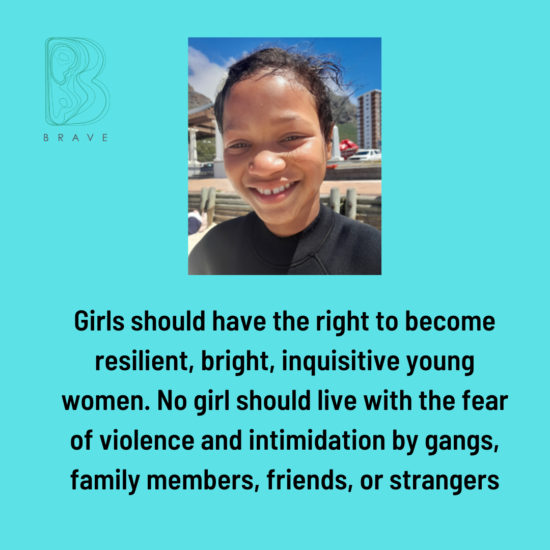 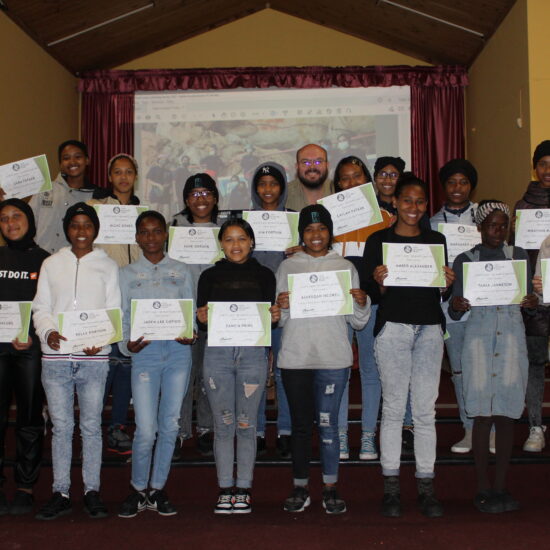